Chamber musicians act with one main goal - to serve music, art and beauty, bringing together diverse cultures and disparate personalities. In these tumultuous times, chamber music could serve as a model for how our world leaders should behave!


Since 2014, the PLOVDIV INTERNATIONAL CHAMBER MUSIC COMPETITION has brought together musicians from six continents (only Antarctica is not represented, but we are working on it!), and it has been amazing to experience the breathtaking beauty and astonishing power of chamber music, in a stunning setting in our spectacular, sensational, extraordinarily old (8000 years!) but forever young, enchanting and fascinating Plovdiv - an irresistible gem of a town, the gorgeous pearl of the ancient Roman Empire, and - nowadays -  the proud 2019 European Cultural Capital - bravely withstanding the inevitable ravages of time, eternally splendid and magnificent!


This year we again had a brilliant constellation of talent, an impressive, sparkling event - the third edition of the Plovdiv International Chamber Music Competition featuring 59 contestants from 24 countries and 6 continents! Opening on October 1 - the day which is celebrated around the world as the International Day of Music - our Plovdiv International Chamber Music Competition brought us impressive, memorable performances, sparkling with marvelous grace and exquisite beauty!


On behalf of the organizers of the Competition and of the esteemed international jury, I thank all contestants and prizewinners for their participation and great achievements, and wish them all fantastic success in their career!

Elmira Darvarova (President of the Jury)

PRIZEWINNERS of the  2017  COMPETITION:

SPECIAL PRIZE for BEST PERFORMANCE of CONTEMPORARY PIECE, and Concert at the

Congratulations and Much Love to all our Prizewinners!!!

RULES  AND  REGULATIONS  OF  THE  COMPETITION

The Plovdiv International Chamber Music Competition was founded in 2014 by the world-renowned violinist Elmira Darvarova, Neli Popova-Koeva - Director of the“Dobrin Petkov” National School for Music and Dance in Plovdiv, and the Foundation for Culture and Art “MusicArtissimo”.  The Competition takes place under the auspices of Ministry of Culture - Republic of Bulgaria, under the aegis of Municipality Plovdiv, and with the support of America for Bulgaria Foundation.


The main objective of the Plovdiv International Chamber Music Competition is to add opportunities for young concert artists to further their career, emphasizing the fundamental role of chamber music and its important influence upon performers and audiences - on an international level. The great ancient city of Plovdiv (8000 years old - the oldest in Europe and one of the world's oldest continuously inhabited place) was selected to be the  2019 European Capital of Culture, and the Plovdiv International Chamber Music Competition is proud to be part of the rich tapestry of cultural and artistic events, taking place in the Plovdiv area!


The Third Plovdiv International Chamber Music Competition will take place October 1-5, 2017, at the concert hall of the “Dobrin Petkov” National School of Music and Dance in Plovdiv. Entry to the Plovdiv International Chamber Music Competition is open to all instrumental chamber music groups, ranging from Duo to Sextet, with or without piano. Groups including voice, or made up of two pianos, are excluded from the Competition (four-hand piano duos are admissible).

The Competition includestwo age categories, as of October 1, 2017:


MAIN CATEGORY: for chamber groups in which the group members’ average age must be 35 years on October 1, 2017. (Average age is determined by dividing the sum of everyone's years by the number of participants in the group.)

All rounds of the Competition, except for the Preliminary Round of the Main Category, are open to the public.

For the  JUNIOR CATEGORY  the Competition consists ofoneround, with duration of approximately 20 minutes.  The repertoire includes any chamber music compositions, or movements from compositions, with varied and contrasting style, period and character.


For the  MAIN CATEGORY  the Competition consists of four rounds.


Round One: Preliminary Audition.

To keep the participation costs low and to guarantee a high competition level, the First Round will consist of a preliminary audition by way of evaluation of recorded audio and/or video performances, either sent as an mp3 attachment to e-mail, or mailed on a disc, or uploaded by the candidates to SoundCloud.com, YouTube.com, or other similar websites (candidates' choice).  If the candidates' recordings are on a website (SoundCloud.com, YouTube.com, MySpace.com, Facebook.com, or any other site), the links to these recorded performances should be sent together with the application form and other required documents, by and not later than July 31, 2017. The recorded audio and/or video repertoire (5 - 30 min. long) should include at least two compositions (or movements from compositions) of contrasting style, period, and character. The compositions on the recorded program must involve all instruments in the group. The compositions must be executed in their original versions; only those transcriptions made by the author will be accepted. Possible exceptions (i.e. transcriptions made by important composers) must be pre-approved by the Artistic Committee of the Competition. The recorded performances will be evaluated by a board of examiners. The screening panel will evaluate the interpretation and technical accuracy of the performance. Admission to Round Two of the Competition will depend on the Jury’s incontestable judgement and will be communicated in good time and in the most appropriate manner to those involved, together with the information about the day and time of the quarter-final audition. Round One outcome will be available through the Competition website (www.plovdivchambercompetition.org). Please note: finalists of the Competition, who wish to participate in the next editions of the Competition, are exempt from submitting audio and/or video recordings to the Preliminary Round One in future editions of the Competition.

Round Two consists of a public audition in front of the Jury. Performance order of the participating groups will be determined by drawing of lots. The repertoire presented by each admitted ensemble will be chosen by the candidates. The repertoire should have a duration of  approximately 30 minutes and should consist of two, or more, compositions (or movements from compositions), with contrasting style and character. The candidates should bring music scores to the Competition - two complete sets of scores for the Jury is required: failure to meet score requirements will result in disqualification. The repertoire for this round may, or may not be the same as for the preliminary audition.

Round Three consists of a public audition in front of the Jury. Performance order of the participating groups will be determined by drawing of lots. The repertoire, lasting approximately 30 minutes, should be different from the repertoire performed in Round One and Round Two (the candidates should bring music scores to the Competition - two complete sets of scores for the Jury is required: failure to meet score requirements will result in disqualification).

It consists of a public audition in front of the Jury. Performance order of the participating groups will be determined by drawing of lots. The proposed repertoire for this round may be different from the previous rounds, or may be the same as in previous rounds - at the candidates' choice. The repertoire, lasting approximately 30 minutes, must be agreed to between the ensemble and the Jury, who may or may not ask to hear again some of the pieces performed in the previous rounds.


THE JURY is composed of musicians of great international renown, who will award prizes on the basis of demonstrated high musical and technical abilities, sophisticated ensemble skills and artistic presence. The Jury will have the option to select to hear separate movements or excerpts of the works presented, to abbreviate the duration of the contestants’ presentation, or to ask to hear certain pieces again. The Jury’s judgement is final and incontestable.  In case of a tie, the Jury President's judgement will prevail. The Jury has the right to not award all of the announced prizes.


REGISTRATION PROCEDURE:    The contestants must fill out, sign and scan an Application Letter, and e-mail it together with other required documents, by and not later than July 31, 2017,  to the following e-mail address:  info@plovdivchambercompetition.org


The following information and materials must be received from all applicants byJuly 31, 2017:


1. Application Letter, with the following information:

a) Name of the chamber ensemble;

b) Type of the group (specifying the instruments and their players);

d) Repertoire for the Competition.


3. Brief artistic biographies of all members of the ensemble;


4. Up-to-date artistic photographs of the group and/or the group members, in .jpg format, minimum 150 dpi;


5. Links for the recorded and uploaded repertoire for Round One - Preliminary Audition (this does not apply to the Junior Category!)


6. Scanned bank document certifying the payment of theRegistration Fee(except for former prizewinners, who don't have to pay any fee):

for Junior Category -  in the amount of 10 Euros per group member;

for Main Category -    in the amount of 20 Euros per group member;

(Please note:  the Registration Fee does not include transfer fees and/or bank commissions).

The required documents must be scanned and sent to the following e-mail address: info@plovdivchambercompetition.org  prior to July 31, 2017.


Registration Fee. As specified above, the Registration Fee (which is non-refundable, and non-reimbursable, regardless of the circumstances) must be paid by July 31, 2017, and a scanned bank document certifying the bank transfer must be included with the application documents, by the deadline July 31, 2017. Candidates who have not effected all required payments, will not be admitted to participate.


For the Junior Category, the Registration Fee is 10 Euros per ensemble member.


All fees must be transferred to the following bank account:


PLEASE NOTE:  FORMER PRIZEWINNERS OF THIS COMPETITION PAY NO REGISTRATION OR APPLICATION FEES!

Two copies of the music scores must be presented to the Jury prior to participation in the Competition rounds. Published works must have original scores or authorized facsimiles. Authorized facsimiles may include photocopied scores that are accompanied by either a written statement from the publisher, granting permission for the photocopied scores, or a declaration, signed by a member of the ensemble, stating that the contestants accept all possible legal liability for making any copies from the original scores.


PRIZES.  The following prizes may be awarded, depending on the Jury’s decisions:

The Organizing Committee reserves the right to award additional prizes and distinctions, granted by state, municipal or private individuals and organizations, depending on the Jury’s decisions, which are final and incontestable.


Media coverage and recordings. TV and radio recordings, resulting in documentation and media coverage during the Competition and the Prizewinner’s Concert, will not give the performers any rights over, or compensation for, the same.  NO RECORDING OF ANY KIND BY THE CANDIDATES, PRIZEWINNERS OR ANYONE (EXCEPT THE COMPETITION ORGANIZERS) IS PERMITTED DURING THE COMPETITION ROUNDS, OR DURING THE PRIZEWINNERS' GALA CONCERT.


Travel and Accommodation.
Participants will cover their own expenses for travel and accommodation. The organizers may help, if asked, with hotel reservations.


PLEASE NOTE:  PRIZEWINNERS MAY PARTICIPATE IN FUTURE EDITIONS OF THIS COMPETITION WITHOUT PAYING REGISTRATION/ APPLICATION FEES.


Participation in the Competition presupposes unconditional and unreserved acceptance of the rules and regulations of the Plovdiv International Chamber Music Competition.


The Organizers reserve the right to make additions, corrections or changes to the clauses in the Rules and Regulations at any time, even after their publication.

PRIZEWINNERS OF  THE  2015  COMPETITION:

THIRD PRIZE:   BRONZE MEDAL, LAUREATE DIPLOMA, 1000 Leva, and SPECIAL DIPLOMA for BEST PERFORMANCE of a PIECE by a BULGARIAN COMPOSER:

SPECIAL DIPLOMA OF MERIT for ARTISTRY in the SEMI-FINALS: TRIO 442 (Bulgaria) 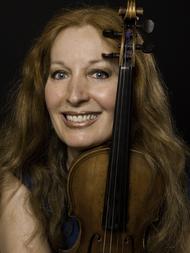 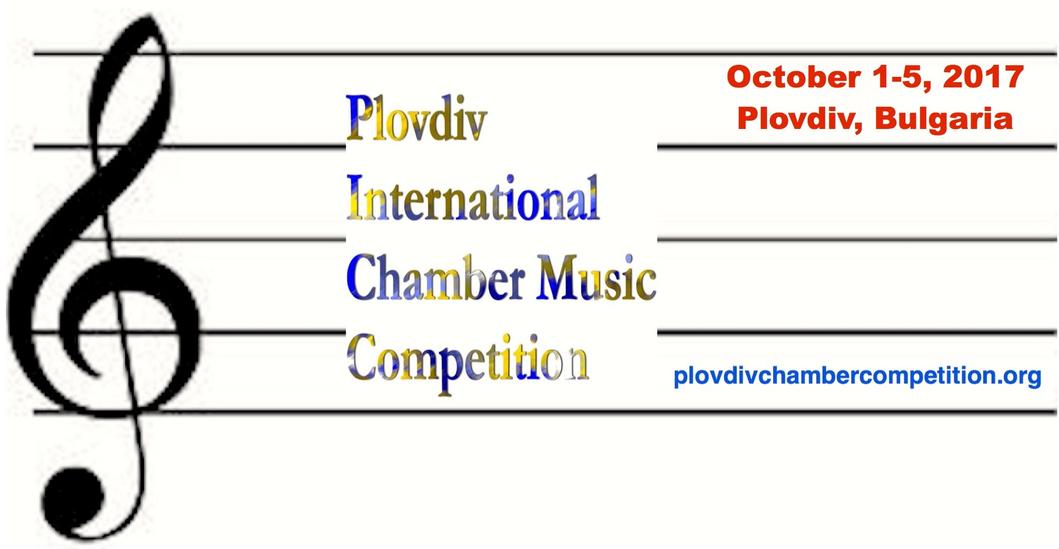